As of late last month, I've been helping out in the International Comedy Film Festival coming up in December. Basically, my job is to email distribution companies to get quotes for the films we want to screen, but tracking down the films has proved to be more difficult than I'd initially thought. 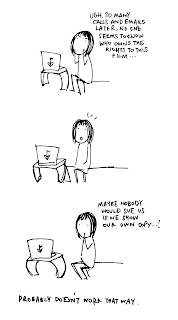