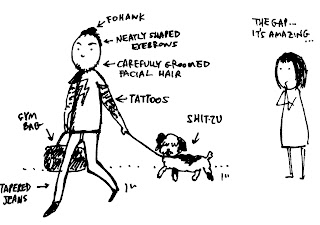 Posted by mottekurunoda at 8:44 PM 5 comments:

G turned 27 today, so the last 24+ hours has been a cooking-eating-drinking-German-speaking-socializing-eating-fest. Happy Birthday G!

And here's a little one I drew of Z in Latvia...one of my favourites! 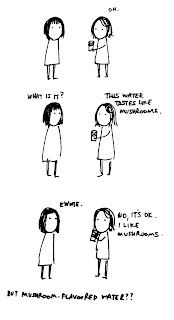 Z would basically eat/drink anything as long as it's edible/potable.
Posted by mottekurunoda at 11:53 PM 4 comments:

Got back from a wonderful time in Riga. I'm refueled with love, food, and happy. Yes, happy. Thanks Z and family!
Aaaand G surprise-picked me up at the airport! Life is awesome.

Here are some doodles I've managed to scribble down while I was there. Sorry for the lack of proper entries, but now I have to go prepare for G's birthday weekend with family and friends.
Have a wonderful weekend! 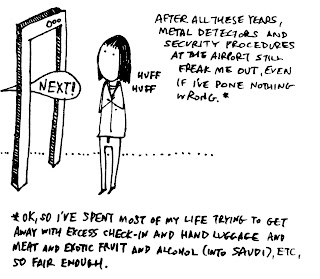 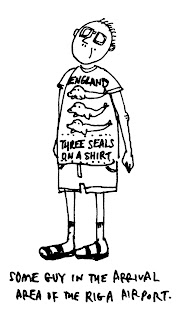 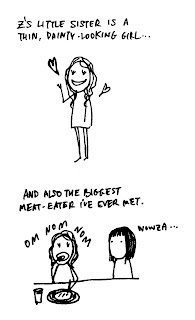 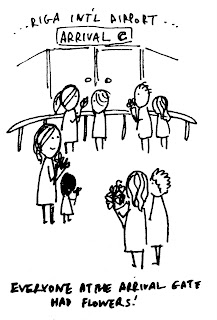 Posted by mottekurunoda at 11:56 AM 2 comments:

A continuation of the last comic about Jean-Paul the Transylvanian sculptor. 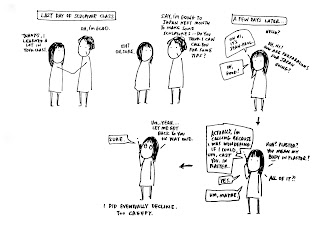 Posted by mottekurunoda at 8:17 PM 2 comments:

Hello from Latvia! I'm having a fantastic time with Z's wonderful family and enjoying the beautiful weather. I really couldn't ask for a better holiday.
Anywho, this is a non-Riga-entry, but here's a cartoon about an art class I took about 5 years ago...

to be continued...
Posted by mottekurunoda at 12:43 PM No comments:

Off to Riga at noon tomorrow (today, technically) and I know I won't get around to updating my blog, so here's one while I still have time!

Posted by mottekurunoda at 12:38 AM No comments: 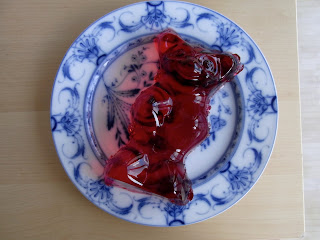 That is all.
Posted by mottekurunoda at 6:03 PM 4 comments:

Am I having fun yet?

My friends think it's funny that I run. (All right, so it is kind of funny...)

I do it (a) out of love, (b) because food tastes better afterwards and (c) I can eat more without feeling hugely guilty.
Posted by mottekurunoda at 4:36 PM No comments: 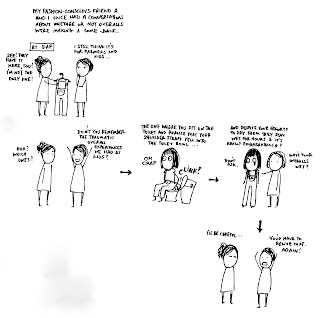 Posted by mottekurunoda at 4:32 PM 4 comments:

Continuation of the nerdlinger series! 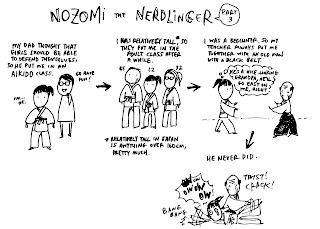 I took Aikido for only about 2 years. The only thing that I really learned from the classes was how to fall without hurting yourself...but I guess that's pretty valuable!
Posted by mottekurunoda at 9:41 PM 2 comments:

We had guests on Sunday until halftime so we stayed at home for the rest of the World Cup finals. While speaking to G on the phone, we eventually realized that there was a 2-second lag between Eurosport and ARD because he kept yelling when there was nothing going on on my end. Ha!

Posted by mottekurunoda at 3:23 PM 2 comments:

CONGRATULATIONS NADESHIKO JAPAN!
You kicked serious ass last night. Boah. I know now for sure that I'll be keeping an eye on women's football from now on. So exciting!
Believe it or not, I actually played soccer in high school for a year. I'm pretty sure that the only reasons I was allowed on the team was (a) I could run relatively fast and (b) I was allowed to travel for tournaments (some parents were pretty strict). Yeah.
Anyway. Back to nerdiness. 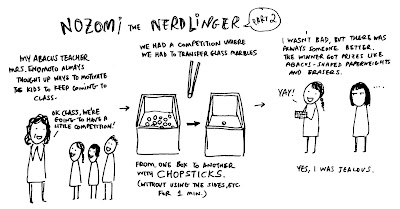 Posted by mottekurunoda at 7:30 PM 3 comments:

I am an idiot. I left the AC cable for my laptop at a friend's house and therefore have only an hour's worth of battery power left. Talk about a first world pain.

Anyway. Updating my blog while I still can. I thought I'd upload the first of my Nerdlinger series that I started drawing a few days ago. Here goes!

Ok. Better go before my computer dies. I'm glad I have no work this weekend. Phew!
Posted by mottekurunoda at 1:06 PM 5 comments:

Thank you, parents, for keeping my ugly presents.

Posted by mottekurunoda at 10:02 AM 2 comments:

Continuing to reminisce about Toronto. 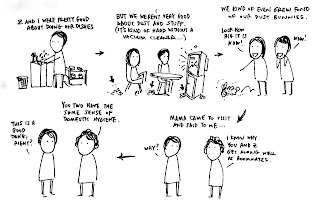 Posted by mottekurunoda at 10:45 AM 7 comments:

First and foremost---congrats to the Japanese women's soccer team "Nadeshiko Japan" on their win last night! Way to kick some major ass, fair and square! They play the US in the World Cup finals on Sunday. eep!

Anywho. I'm going to visit Z and her family in Riga next week, which got me reminiscing about our roomiehood in Toronto again. 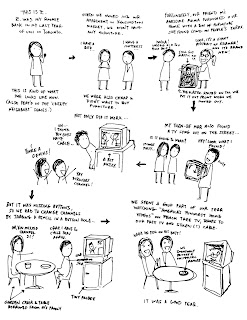 I know you don't really have to respond. But I feel like I have to, and it always ends up being awkward. 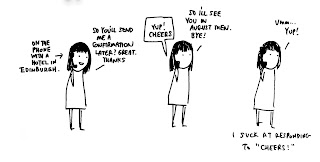 It kind of reminds me of the Oatmeal's comic about movie awkwardness. 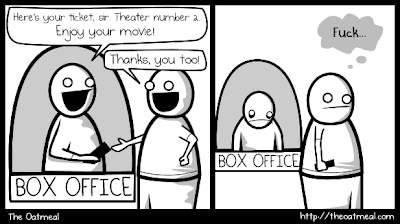 PS.
Also, sorry. This is completely unrelated, but this might be the most awesome dress I've ever seen...
The Steve Dress is available from Black Milk for $100, for anyone who wants to buy me one. (I can't quite figure out whether I'm kidding or not.)

PPS.
I just went on the Black Milk website and realized that the Steve dress model is Asian. It's been a year since I left Japan and I'd forgotten about the existence of blonde Asians...
Posted by mottekurunoda at 11:38 AM 2 comments: 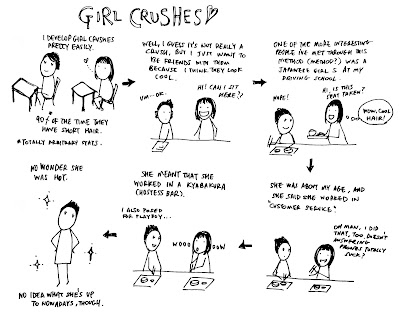 More info on kyabakura and hostess clubs.
Posted by mottekurunoda at 4:16 PM 2 comments:

Yikes! It's after midnight, but this is meant to be a Monday update.

I still suck at drawing bicycles. 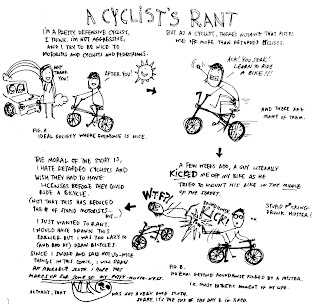 Posted by mottekurunoda at 12:11 AM 4 comments:

There are just some things that cannot be unseen . . . 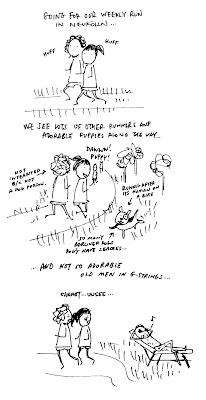 You might say "At least he wasn't naked," but G-strings are strangely grosser than full nudity sometimes . . . oder?
Posted by mottekurunoda at 5:49 PM 8 comments:

G's on a chopstick bender. 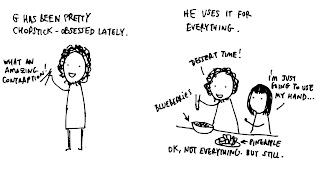 Posted by mottekurunoda at 12:48 AM 2 comments:

Email ThisBlogThis!Share to TwitterShare to FacebookShare to Pinterest
Labels: chopsticks

I just love the variety of and the differences between cafeteria food you get in different countries. Wasn't really a fan of the yellow Kohlrabi sauce, but hey, it could have been worse . . .
We did make something that wasn't cafeteria food, though: takoyaki! (savory, round octopus pancakes) Here's some pretty photos, a la PaRappa:
I think we made about 68 in total. Yup. That was definitely enough for us.
Posted by mottekurunoda at 6:20 PM 7 comments:

Mama is a hypochondriac . . . but about other people, too. 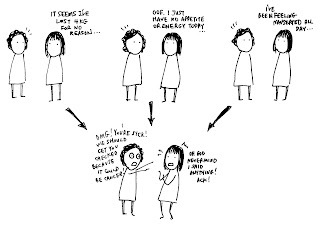 Posted by mottekurunoda at 11:43 AM 3 comments:

This may be one of the biggest difference between France and Germany for me.

Also, this is completely irrelevant, but I've started following mr_t_facts on Twitter. I can't stop laughing . . .
Mr. T fun fact: Mr. T is not black. It's just that the sun is too afraid to shine on him.

Whoop, barely made it in time! Well, I guess we're a few hours ahead anyway, so I'm still on time. Happy Monday! 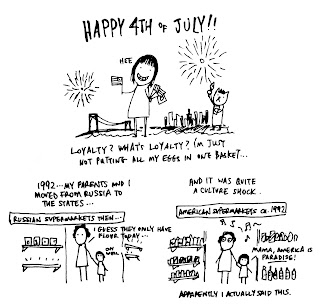 Posted by mottekurunoda at 11:29 PM No comments: 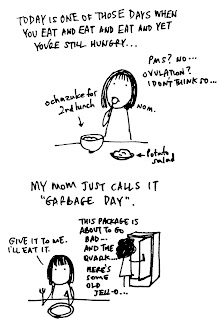 Posted by mottekurunoda at 4:54 PM 5 comments:

I know I'm a day late, but it's never too late to express my love for my second (third?) home, Toronto, where the people are friendly and the Chinatown is amazing. 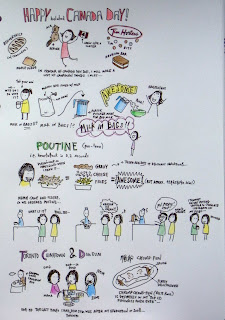 Aaaand. Awesome breakfast this morning courtesy of G. First time in a while that we've had actual breakfast-y food for breakfast! (ie. We had homemade burgers for breakfast last week and fried rice before that...) 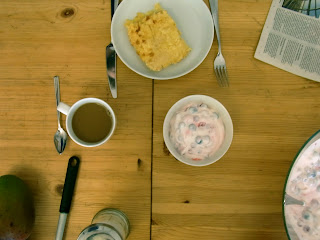